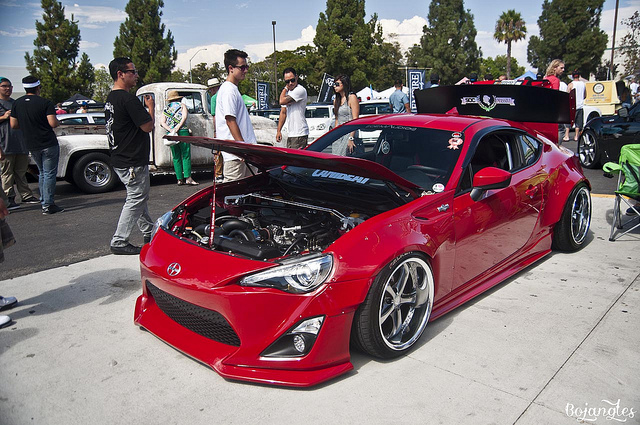 Motorunion, an automotive car show down here in San diego that is brought to you by 5&ADIME, which also display’s BMX bikes, modified Honda Rukus scooters, good food from Local shops in San Diego, clothing brands, vendors, and the best part is that it’s held at The Green Flash Brewery, beer and cars can it get any better than that?! This year I decided to register my car since its up and running this year since I couldnt register it last year due to it being down. Gave it a shot and registered and got accepted, which means I had to get the car ready for the last show I’m attending this summer. Best show I’ve been to all summer, not because it’s a local event, because the different variety of cars that were there, friends from LA and even further than that came down to enjoy the show.

Much love to 5&ADIME for bringing something like this out here to San Diego since most shows are up in the LA/OC part of Socal and I’m glad that Jay has put together such a great event for the past 4 years and its getting bigger and bigger every year. What I love the most is that all the local crews, builds, photographers, and clothing brands all come out to support. If you know me I love seeing all my friends and fans together in one place to enjoy what we love. If it wasnt for our cars I don’t think I wouldnt have met half of my friends. Anyways on to the coverage! Hope you guys had a good time at the event, and to the people that didnt make it hopefully this coverage can show you how it goes down at Motorunion, until next year!

My day started off early, I had to be there before 8:00am to setup our DUDEBLVD booth and I to transport all the stuff in the wagon. Got there on time and setup real quick and helped out with the roll in. Long day for me but well worth it.

The 5&ADIME booth was live! Provided some entertainment for everyone, and had some good music playing all day!

John’s 510 wagon equipped with a built SR20, congrats on the placing!

Suprised EDD came out to show! We cruised this benz all over Vegas a few months back!

Jason came out again this year to display his freshly bagged TSX on new wheels too! Looking sick as always.

I have a soft spot for EP3’s, seen this one a few times around shows and events and it sure does catch my eye everytime.

Tod from MindofT came down!

Mopster! Winner of the HRE wheels at last years Motorunion!

Inside Green Flash brewery, they had alot of different types of beer and it started from Sample cups for $1.00 up to $4.00 at the most!

Skyline mike changed up the Skyline some more adding more Japanese touch to it.

David getting some interior shot

Yogi drove down from LA

Went across the street to check out some cars in the lot.

Nate got new wheels for his SC!

Canibeat Noel brought out his FRS which was displayed at the Styleovercomfort booth.

The bike display was awesome!

If I didn’t get a shot of your car I apologize, running around all day helping out and enjoying the event. Shot as much as I could, but if you do want a shoot please contact me and we can set something up! Hope everyone had fun that day, and to the ones that didnt make it come out next year!!